I've been holding on to this one for a while. I was contacted by Bill back on September 30, 2011. He wanted to commission a Catman piece to go with his marriage proposal to Gloria that he planned on doing sometime after the first of the year. How could I say no? :) 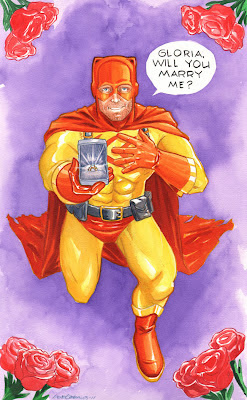 Above is the final art, done in acrylic on 11" x 17" Arches watercolor board. And below are some of the process steps involved to make the finished piece. 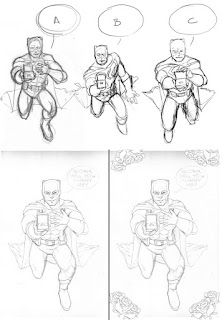 LOVE IT! That is so cool!