I just finished this group of Legionnaires and thought I would share. All are done in ink and watercolor on watercolor paper. 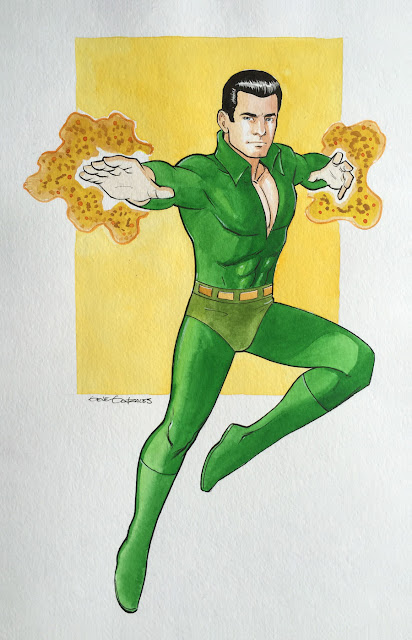 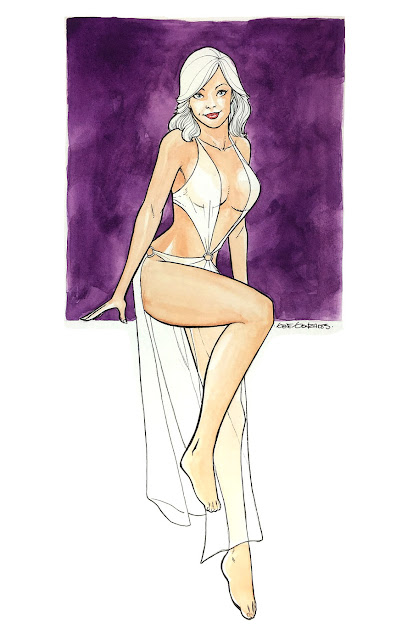 Dream Girl (in her PJs) 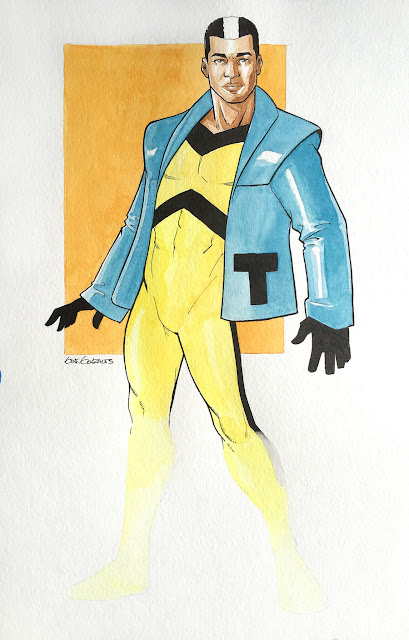 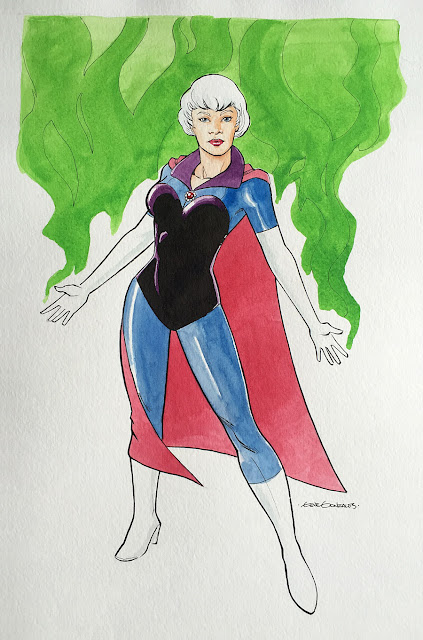 Posted by Gene Gonzales at 1:20 PM No comments: 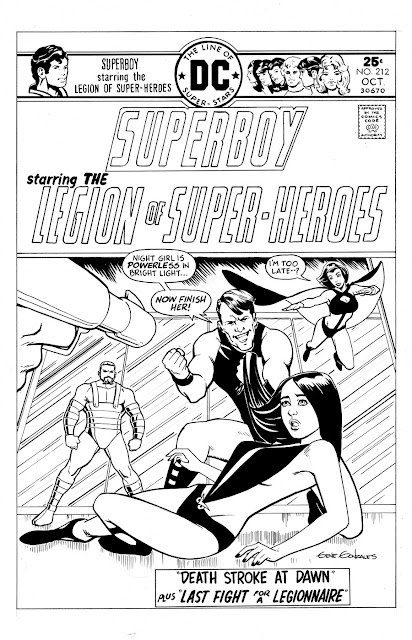 Superboy and the Legion of Super-Heroes © DC Comics

This was a project I wanted to do for years. I thought it would be fun to do variant covers where the back-up story was featured on the cover. The production error on the original cover for Superboy and the Legion of Super-Heroess was the inspiration. The two titles on the cover are flopped. It should have read "Last Fight for a Legionnaire" (the lead story) Plus "Death Stroke at Dawn" (the back up). But someone messed up the order.

So I took the back up story of Night Girl and Shadow Lass (with Cosmic Boy) and made it the cover feature. This entire piece was done by hand, logos, lettering and all in ink on 11" x 17" bristol board. I had so much fun with this I imagine I will do some more in the near future.

Below is the original cover by Mike Grell. 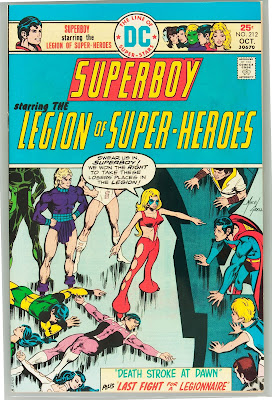 Posted by Gene Gonzales at 5:55 PM No comments: