It's a special double-header post today. Both of these are for John. He asked for two Legionnaires and how could I say "no". ;) 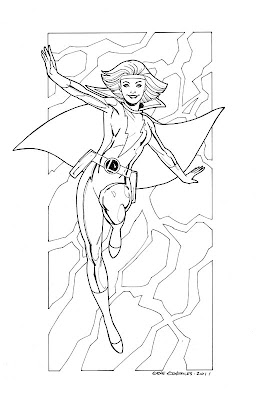 Thunder © DC Comics
First up is Thunder. A legionnaire with the power of Shazam. With an alter ego name of CeCe Beck, you just gotta love her. :) 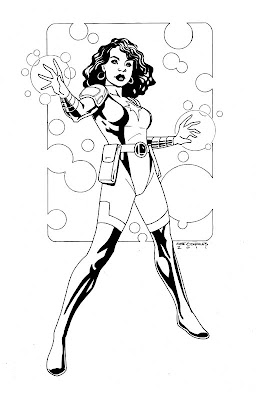 Kid Quantum © DC Comics
Next is Kid Quantum. The Legionnaire with the ability to create stasis fields. She was the leader for a time as well.

Thanks again to John for both commissions.

And hang on folks. This round of Conventionless Convention Sketches will be going into extra innings! Six more on the way!

Thanks Royce, just don't get spoiled by the extra innings. Can't keep up that pace. :)