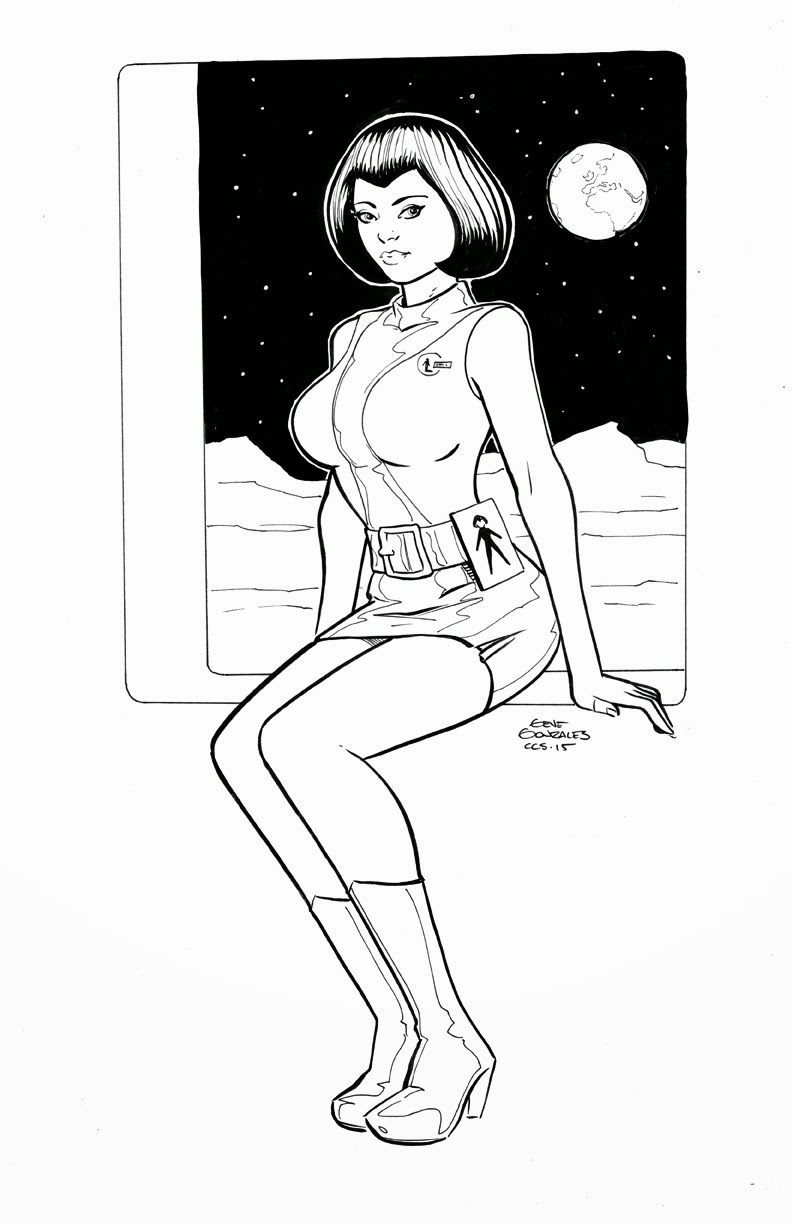 Lt. Gay Ellis was a character on the British tv series UFO. And apparently the favorite of young boys. If you haven't checked out the series you can find most if not all the episodes on YouTube. I didn't see the series until about 15 years ago. But I remember the back cover ads for it on comic books. Strangely enough I had a toy UFO Interceptor as a kid. I must have gotten it at Marv's Toy Store in Burbank back in the early 1970s. It was die cast and painted green. The thing was so big and heavy. And it had a giant spring loaded hard plastic missile on the front. Didn't remember that toy or where it was from until I saw the Interceptor on the series years later.

Posted by Gene Gonzales at 8:51 AM