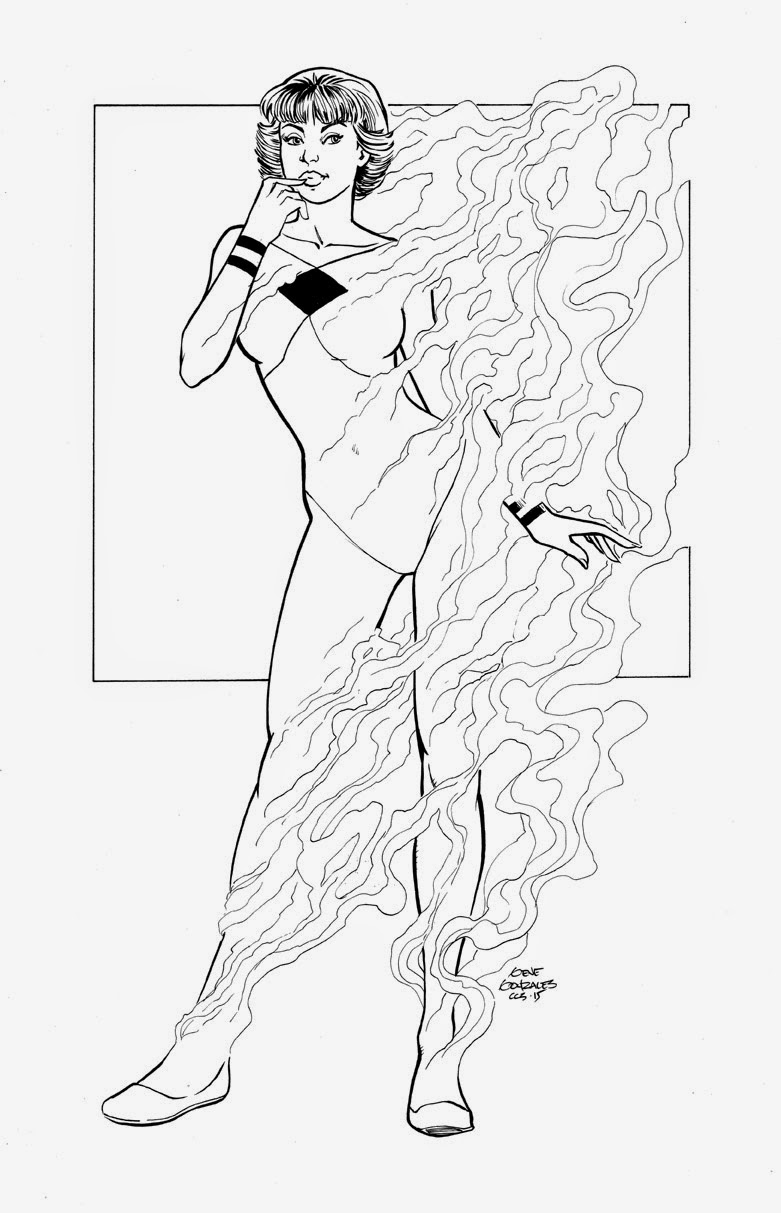 The first of the Conventionless Convention Sketches dives back into the early days of the Legion of Super-Heroes. The Heroes of Lallor were another group of super-powered teens that the Legion met during their run in Adventure Comics. And if you are not familiar with them, you will be after the next few days. First up is Gas Girl. A young lady who can convert her body into any kind of gas she wishes. You have to love the innocence of the early days of comics. I don't think the code name Gas Girl would be received without more than a few jokes these days.