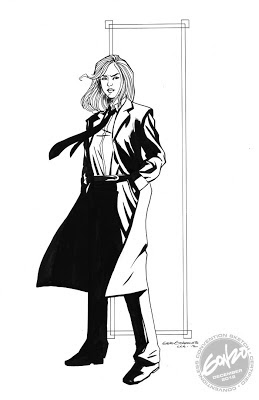 Matt asked for Roger and sent refs for a woman. After some investigation I found out that Roger is a member of The Five Swell Guys (a science team of heroes) and were featured in the comic Promethea. Roger appears female but is in fact transgender after an incident during an adventure. Always fun to learn about characters I have never read. Thanks Matt!

Posted by Gene Gonzales at 7:00 AM

That is pretty awesome. I also love this. Looks very cool!