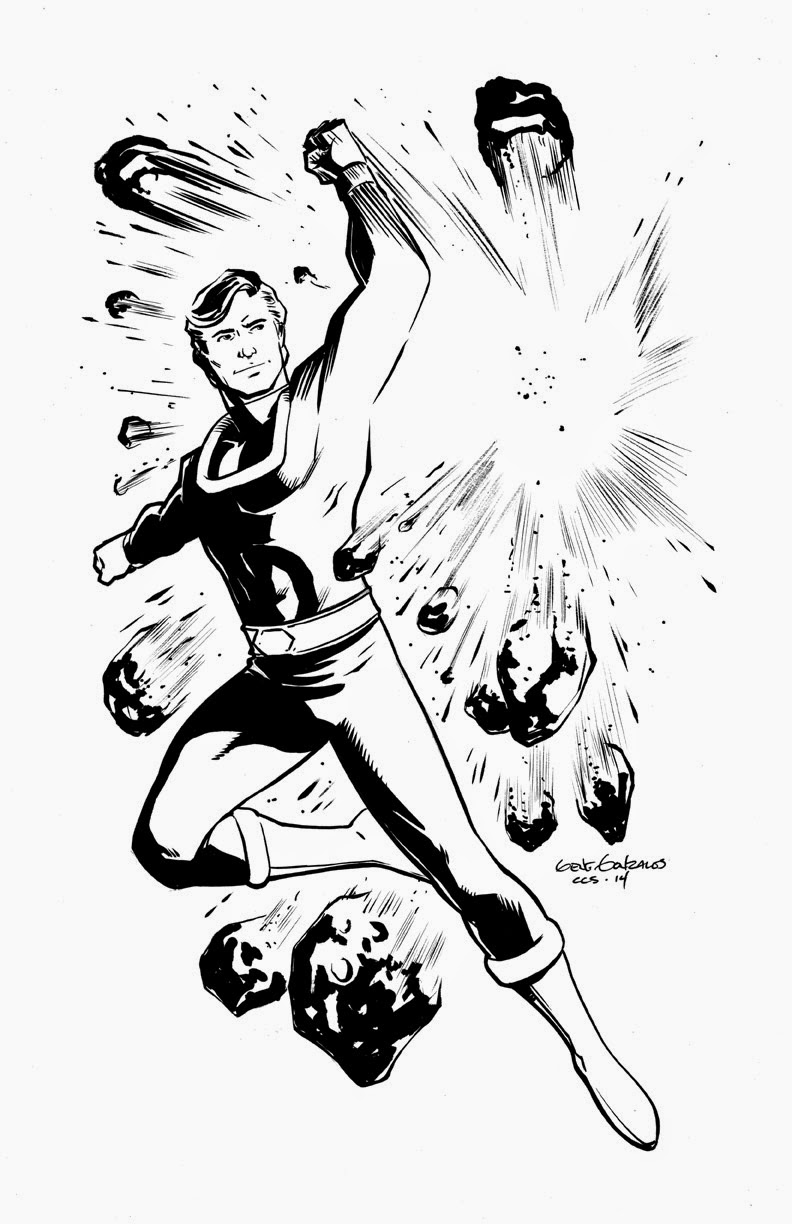 This is the continuation of Legion related pieces. For the next several days it will be all Legion, all the time.

Today's post is Dev-Em. He was introduced in a Superboy story as a juvenile delinquent on Krypton. Dev-Em survived the destruction of Krypton and continued his bad boy ways on Earth. Later he reformed and was an government agent in the 30th century. He shared several adventures with the Legion. This one is for Michael.

Posted by Gene Gonzales at 4:52 PM