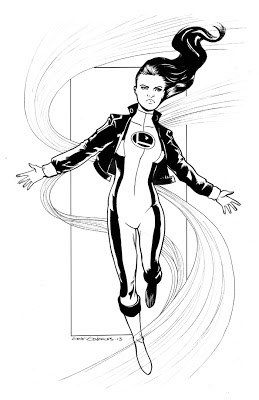 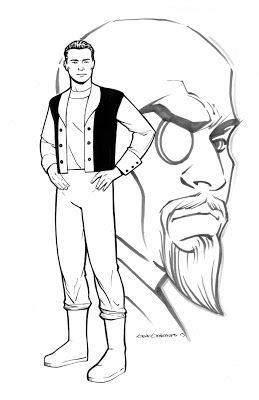 Here are two of five Legion pieces I am doing for the ever patient Michael. The top is Nightwind. That character was fan created and presented in Amazing World of DC Comics, a in-house fanzine DC created in the 1970s. She has gone through many incarnations but the basic character has remained pretty much the same.

The next is Rond Vidar. He is the son of the Legion villain, Universo. Rond is also the inventor of the Time Cube, a device used to send someone through time without the need of a Legion Time Bubble. Twice Rond helped the Legion defeat his fathers plans. The second time was a great two part story of the Outlawed Legionnaires in Adventure Comics #359 and #360 by Jim Shooter and Curt Swan. For his help, the Legion made Rond an Honorary Legionnaire.

Thanks Michael. Doing these pieces made me go back and reread some old stories and visit some old friends.

Both pieces were done in ink on 11"x 17" Strathmore Bristol Board.

Posted by Gene Gonzales at 9:08 AM