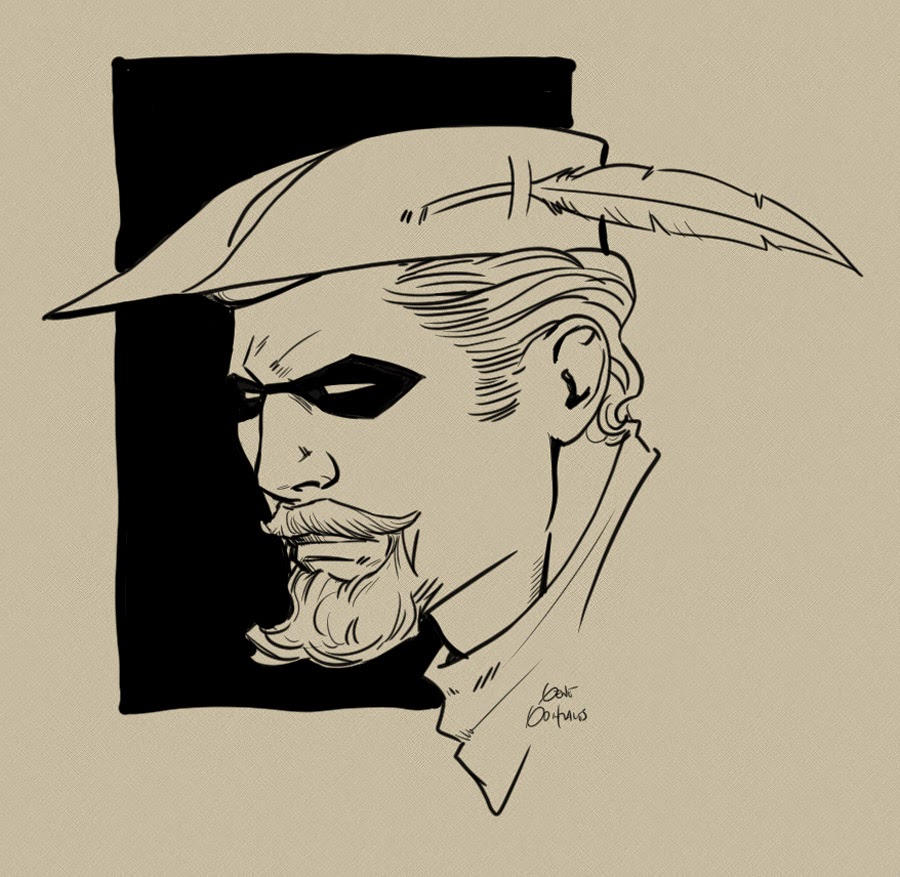 A warm up sketch I did in the Mischief art application. Anyone who knows me from when I was in grade school knows was an impact Denny O'Neil and Neal Adams run on Green Lantern/Green Arrow had on me. I didn't discover it until it was cancelled, but before the relaunch happened with O'Neil and Grell. The first issue I read was where Ollie finds out his ward, Roy, is a junkie. I was blown away. Just blown away. I reread that book so many times. I still have some copies of the run, along with the reissue comics, the two paperback versions, the hardcover omnibus thing and then the digital versions. Great run.

Posted by Gene Gonzales at 5:40 PM