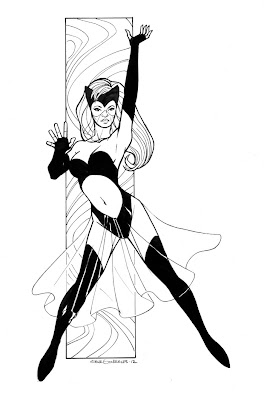 I am certain I have never drawn this character before. She was a member of the Legion of Super-Heroes during the Glorith remade universe. Too complicated to go into here. But it's easy to explain that she had teleportation powers, not just herself but also able to transport mass amounts of individuals without the need to see the final location. She just had to have in mind a close approximation of the distance to travel. Thanks again Michael for this request! 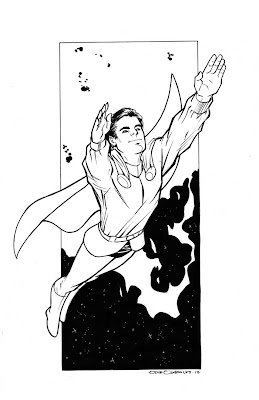 Over the next several days I will be presenting a series of Legionnaires once again commissioned by Michael. The first up is Mon-El. A lot of things have been done to Mon-El through the various reboots, but for me he will always be Superboy's "big brother". It would seem that Mon-El was always an explorer. I remember the first time I read Adventure Comics # 354 featuring Superman visiting the Adult Legion. Superman is being brought up to date on the live's of his friends and finds out that Mon has left the Legion to explore space and to help colonies that are pushing further into deep space. Learning about this, Superman says it was always Mon's dream to explore. Pretty cool story. So that is my inspiration for this piece. Mon-El, Five Years Later is the explorer he wanted to be.

Side note to that story, Mon-El and Shadow Lass were a couple through much of the Legion run. But there wasn't a Shadow Lass in the regular, or younger Legion when this story was published. The cover of Adventure Comics #354 shows Superman walking through a hall of statues of Legionnaires who died in action. One of them is Shadow Woman "who died saving the Science Asteroid". (Though Shadow Woman is shown with caucasian skin color instead of the blue skin Shadow Lass had) One might guess that when Shadow Woman died, Mon left the Legion. None of that was planned back then but putting all this together is the kind of thing that makes the Legion lore so fun. There was a Legion story later published in the 80s I think, that had the event take place where Shadow Woman would die. Caucasian skin color and all. But she lived and thus altering the timeline we saw in Adventure Comics #354. 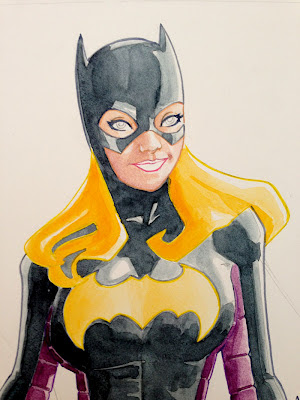 A little progress on the Stephanie Brown piece today. Watercolor on illustration board. 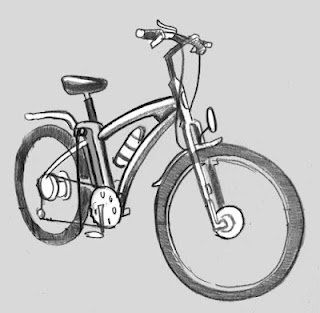 Another detail from a larger piece I am working on. This is the last of the work on my desk for this job right now. More will be coming soon. But I will be switching over to some fun stuff here for the next couple of days. 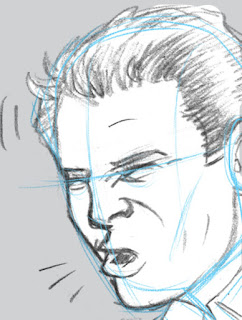 You never know what I will be asked to draw. A detail from another rough. Tomorrow I am finishing up this round of roughs in my studio. Should be able to get to some comic/pin up stuff by the weekend. For anyone interested I have been putting up a lot of art on eBay lately. Some of it is going for a song. Not sure what song but it's not "We're in the money" ;) Anyway, it's a good chance to pick up something for a good, if not great price. Check out my latest auctions here. 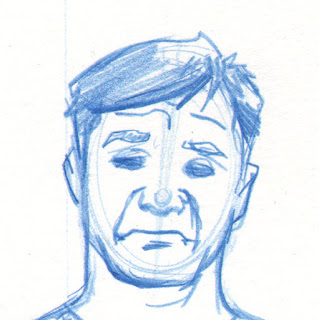 Another detail from some roughs I did today. This headshot is only about 1.5 inches square on the original art.

A little side note, my lovely wife informed me that I have only 97 daily posts left to go. Wow. 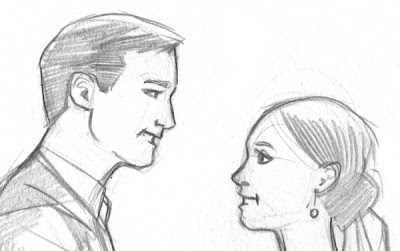 I am in the middle of a large project that will keep me busy for a few months. This rough is just a detail from one of the larger pieces. 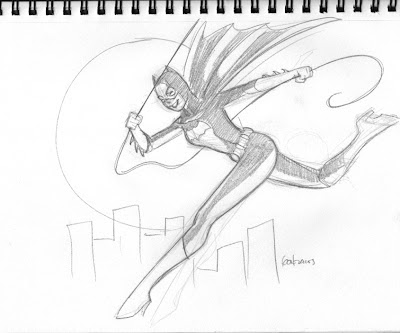 According to the great SUPER DC CALENDAR for 1976, today is Barbara Gordon's birthday! Happy birthday Babs! 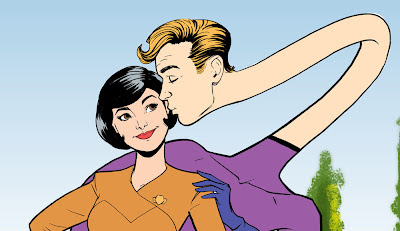 Blocked in some colors for our favorite couple. Sorry there has been such a delay in progress. It's one of those projects that isn't for anyone but me and I tend to put my projects last if I have time. I did capture the progress again and will make the video available soon.

So I got the iPhone 5 on Friday. Yes, I love it. I had the iPhone 4, skipping the 4S so this was a nice bump up for me. Deena got her too, thankfully. She was a bit more obsessive about it than I. :) One new fun function is a panorama feature to the camera. Yes, there are apps that do this, I know. Not here to argue the merits of any of them. I just think this is fun. I snapped this photo of my studio in full mess glory. I added some notes about some of the stuff there. The photo is pretty big so you may see things I didn't tag. All fun. 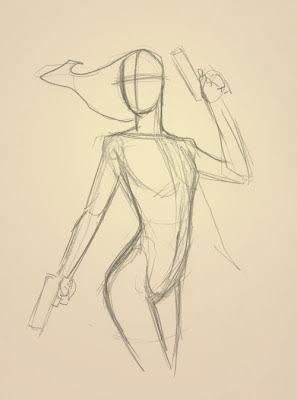 Sketchbook Friday. Too busy working and playing with my iPhone 5. :) 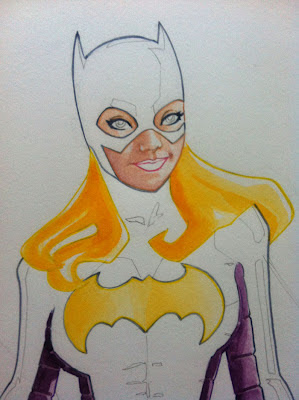 Stephanie is coming along slowly but surely. :) 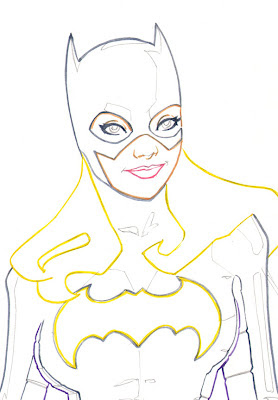 I didn't have much time to do a lot on this piece today but here is a detail of what was done. I "inked" the line art with acrylic paint. More later. 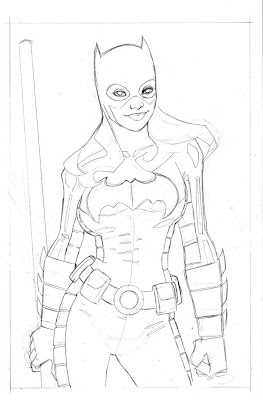 Pencil on 11" x 17" Strathmore illustration board. Soon to be in color. 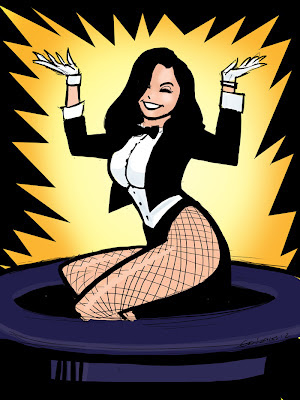 Another digital doodle today. Something I might finish in a traditional medium. When I am finished with other work and commissions. :) 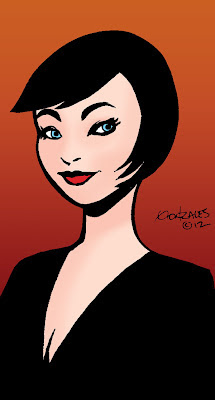 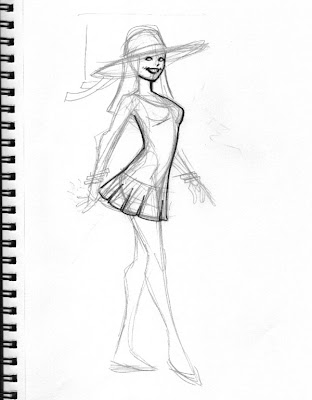 Another doodle in the sketchbook for today. Work, work, work! 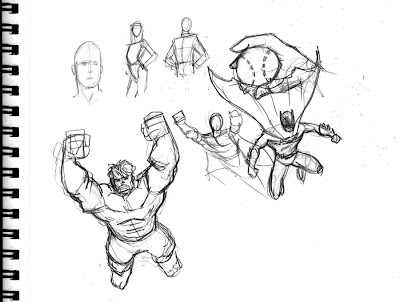 I hope you all have enjoyed having some finished pieces to view the last couple of days. I have been doing a job on-site for last couple of days and will continue for the next few. Getting anything else done is proving difficult as time goes on. So expect a few sketchbook days ahead. These are some doodles I did as a warm up. 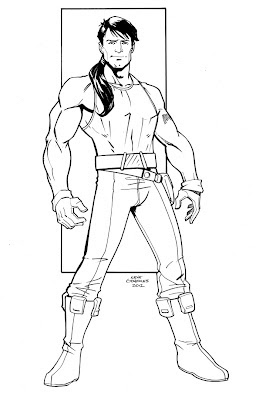 One of my favorite characters of the Legion. Actually one half of my favorite couple. Ultra Boy has extremely similar powers as Superboy and Mon-El, but can only use them one at a time. It's like having to flip a mental switch to go from invulnerability to ultra-strength. Ultra Boy has to be very shrewd about his powers and how to use them. As you can imagine he does keep invulnerability on as a default. Oh, and the other half of this couple would be his long time girlfriend Phantom Girl. But she wasn't around in this storyline.

This is the last of the batch for Michael. Thanks again! 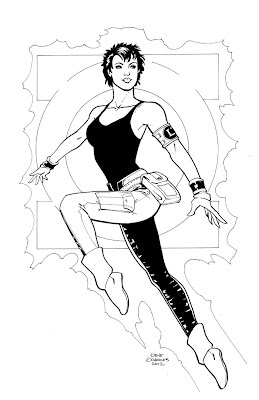 One of the original character created in the Five Years Later storyline of the Legion was Celeste Rockfish. She was a detective (her name was a twist on Jim Rockford of The Rockford Files tv show) who learned she had Green Lantern powers she was severely injured. She joined the Legion and adopted the code name NEON. Thanks again to Michael for this request!

Ebay News: I have a couple of pieces on eBay right now that end on Friday. One features Pixie, the other features Phoenix and Cyclops.

Posted by Gene Gonzales at 10:00 AM No comments: 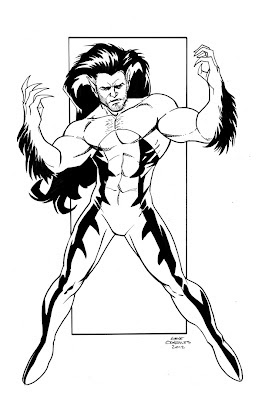 This is a version of Timber Wolf not seen to often. This is the look was featured when he had his own book. I have some original art from that run drawn by Joe Philips. This may be the first time I have drawn Timber Wolf this way. It was fun! Thanks again to Michael for this commission.

Also for anyone interested, I have a pin-up of Scarlett (G.I. Joe) ending on eBay today. Check it out here. 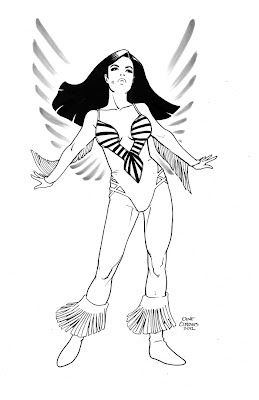 It's gonna be a Legion of Super-Heroes week as I finish up the long awaited Five Years Later commissions for Michael. Today it's Dawnstar. She no longer had her wings during the FYL storyline but I wanted to represent what she once had so I did a ghost image of the wings with gray Copic markers. I like how it turned out. Thanks again Michael!

Ink and Copic marker on 11" x 17" Strathmore Bristol Board 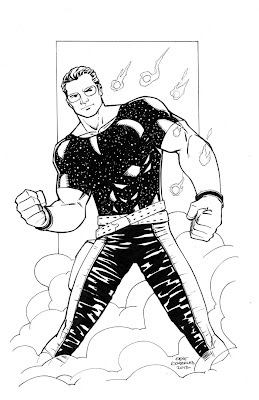 Another Legionnaire from the Five Years Later time of of the Legion of Super-Heroes for Michael. I been behind on a few of my commissions while life has been kicking me around. BUT I am getting back into the swing of things and will start catching up. I need to if I still plan to a Conventionless Convention Sketch deal before the end of the year. :) 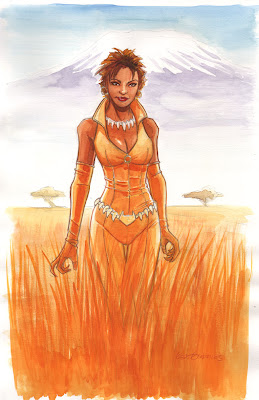 This was done over the rough sketch I posted a couple of days ago.

Watercolor and pencil on 11" x 17" Strathmore Bristol Board 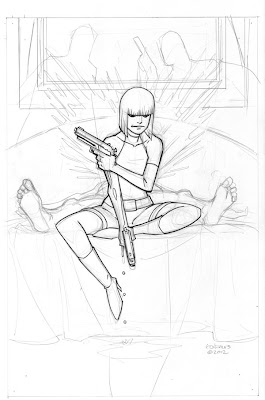 An idea I had that I needed to get down on paper. 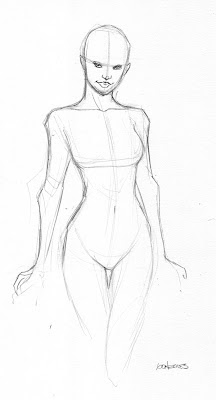 Started drawing this on a 11" x 17" sheet of Bristol Board for fun and got side tracked by a very weird/exhausting yet satisfying afternoon. Still no clue who this will end up being. Oy. 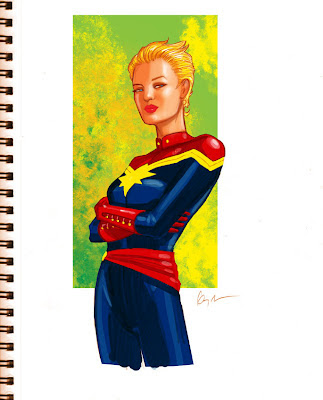 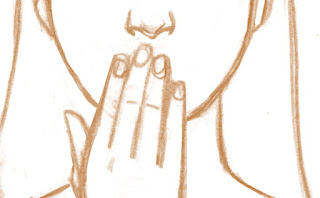 Just a detail from a piece I am doing. Busy, busy, busy.

Posted by Gene Gonzales at 10:52 PM No comments: 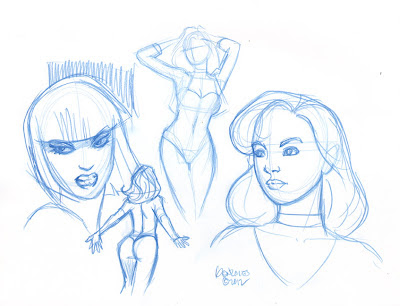 Just some warm up doodles this morning. 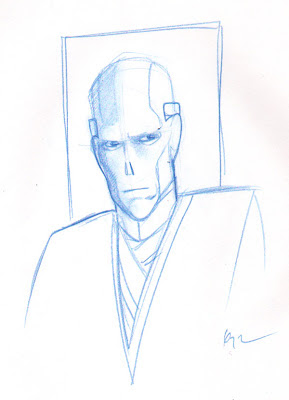 Posted by Gene Gonzales at 7:15 PM No comments: 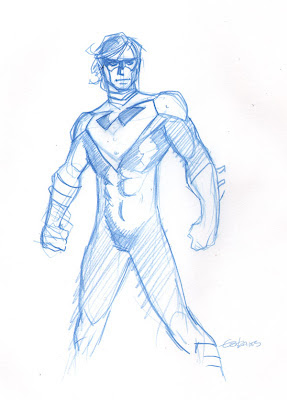